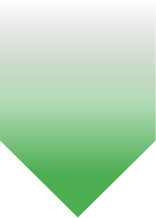 Back to Articles Page Back to Helpful Information Page

The Supreme Court’s decision in Discount Brands Ltd v Westfield (New Zealand) Ltd [2005] NZSC 17 established the standard of information consent authorities require to make notification decisions under the Resource Management Act 1991 (RMA). However, subsequent amendments to the notification provisions of the RMA removed the express statutory requirement for consent authorities to have adequate information, and replaced the rebuttable presumption of notification with a discretion to notify, casting doubt on the continued applicability of Discount Brands.

This article reviews subsequent case law which has considered the continued applicability of Discount Brands given legislative amendments, or whether some lesser standard of information is now required, and whether inadequate information remains a stand alone ground of judicial review challenge to notification decisions. Our review indicates that the law is in an unsettled state on these important questions.

Discount Brands concerned a challenge to the decision of the North Shore City Council not to notify a resource consent application for a retail outlet with 56 discount shops. The applicant for judicial review contended that the Council lacked adequate information to properly assess the potential amenity effects on the existing centre of establishing the outlet.

The Supreme Court’s reasoning was grounded in the public and participatory scheme of the RMA, including the rebuttable presumption in favour of notification, and the express statutory requirement for adequate information. The Supreme Court disagreed with the deferential standard of review adopted in the decision of the Court of Appeal. The Court of Appeal had decided that the standard for review of what it saw as a discretionary decision was Wednesbury unreasonableness and was only concerned with whether there was some material of probative value.  The notification decision exercised a gatekeeping function to participation in environmental decision making. The Supreme Court held that the power to review a gatekeeping decision is an aspect of determining the scope of the right to be accorded natural justice affirmed in s 27 of the New Zealand Bill of Rights Act 1990 (Bill of Rights), a power which the courts have, traditionally, directly and fully exercised.

The Supreme Court upheld the application for review and found that the consent authority must have adequate information for it to:

1.  understand the nature and scope of the proposed activity as it relates to the district plan;

2.  assess the magnitude of any adverse effect on the environment; and

3.  identify the persons who may be more directly affected.

The Court found that the statutory requirement of s 93(1) was not that information be all-embracing, but it must be sufficiently comprehensive to enable the consent authority to consider these matters on an informed basis. The consent authority must also be satisfied that the information is reliable, especially regarding expert opinion - which must be appropriately qualified and independent.

Discount Brands was decided prior to the Resource Management Amendment Act 2003 substituting a new notification scheme which did not include an express requirement for adequate information. However, the continued applicability of Discount Brands was confirmed in a series of High Court decisions.*

The notification provisions of the RMA were again amended by the Resource Management (Simplifying and Streamlining) Amendment Act 2009. The Court of Appeal in Coro Mainstreet (Inc) v Thames-Coromandel District Council [2013] NZCA 665 questioned whether the 2009 amendments altered the law expressed in Discount Brands:

[39]Four points can be made about the difference between the present s 95A and the provisions under consideration in Discount Brands. These are:

[40] A consideration of the Parliamentary material relating to the 2009 amendment also confirms that Parliament’s intention was to provide greater certainty to councils in relation to non-notification decisions and to facilitate the processing of resource consents on a non-notified basis.

Because the matter was not argued, the Court of Appeal proceeded on the basis that the requirements in Discount Brands applied. However, the Court emphasised that the 2009 amendments may have had an effect on the analysis of the previous law in the Supreme Court’s decision.

The issue arose again in Tasti Products Ltd v Auckland Council [2016] NZHC 1673. Wyile J cited Coro Mainstreet and expressed the view that the issue of adequacy of information in support of a notification decision is no longer amenable to judicial review:

[45] Prior to 1 August 2003, s 93(1) of the Act provided that a Council’s obligations on receipt of an application, including its obligations in regard to notification, were triggered once it was satisfied that it had received adequate information. This jurisdictional threshold has been repealed. There is no longer a statutory requirement that a Council must be satisfied that it has received adequate information. To my mind, as the law now stands, what is amenable to judicial review is the decision the Council makes on notification. The adequacy of the information before the Council may well reflect in the quality of its decision, but the adequacy of the information itself is not a matter which falls within the scope of s 4 of the Judicature Amendment Act 1972.

Subsequently, in Auckland Council v Wendco (NZ) Ltd [2017] NZSC 113, the majority of the Supreme Court “left for another case” the question of whether the amendments to the RMA meant the approach to non-notification decisions would be “less exacting” than required by Discount Brands. However, the majority observed that:

[T]he Court must review the adequacy of the information before the Council when making the non-notification decision. This assessment must reflect the reality that in making the decision not to notify the application, the Council was precluding any opportunity for Wendy’s to have input into the decision.

While the majority did not comment further on the impact of the legislative amendments, the minority observed that:

Despite the substitution and subsequent repeal of s 93, it remains the case that a consent authority making determinations as to notification must have sufficiently comprehensive information before it. Sound public administration permits nothing less.

In Gabler v Queenstown Lakes District Council [2017] NZHC 2086, Davidson J rejected a submission that the Court’s analysis in Tasti indicated a reduced intensity of review. While he agreed with Tasti that the obligation on the Council to be “satisfied” that it had adequate information is no longer a separate and reviewable element of its decision-making process, he stated that:

I do not consider that this in any way altered the need for a decision-maker to be sufficiently and relevantly informed. It does not alter the need for the decision-maker to apply relevant and not irrelevant considerations, and make a decision which stands up to the test of “reasonableness”. Being sufficiently and relevantly informed does not ensure these elements of decision making will be lawfully undertaken. In these respects [Discount Brands] in my view has undiminished force. It recognised a distinct step in the (repealed) legislation, but there must always be a secure foundation for such important decisions. Parliament cannot have intended to remove that foundation.**

In contrast to Tasti, in Ennor v Auckland Council [2018] NZHC 2598 Whata J held that there “must be adequate information upon which to make those [notification] decisions. That is a basic requirement of reasonable and procedurally fair decision making.” In a footnote to this Whata J stated:

In this regard, I respectfully disagree with Wylie J in Tasti Products Ltd v Auckland Council [2016] NZHC 1673 at [45] insofar as he suggests that inadequate information does not trigger a proper ground of review. I prefer instead the reasoning of Lang J in Northcote Mainstreet Inc v North Shore City Council [2006] NZRMA 137 at [109]-[111]. See also Harrison J in Auckland Regional Council, [[2007] NZRMA 535], at [45]-[46]. What is or is not adequate will depend on the complexity of the application. As Blanchard J put it in Discount Brands Ltd v Westfield (New Zealand) Ltd [2005] 2 NZLR 597 at [114]: “the information in the possession of the consent authority must be adequate for it (a) to understand the nature and scope of the proposed activity as it relates to the district plan; (b) to assess the magnitude of any adverse effect on the environment; and (c) to identify the persons who may be more directly affected.

A less exacting standard of information?

The decisions of Coro Mainstreet and Wendco have cast doubt on whether Discount Brands continues to set the standard for adequate information or has been supplanted by legislative amendment by a “less exacting” standard. The issue has ultimately been left for another case.

On one hand, the reasoning in Discount Brands was founded in the prevailing text and scheme of the RMA. Importantly, because of the presumption of notification, the Supreme Court found that the standard of adequate information would likely be less where a decision was made to notify. The consent authority is now called on to make a more discretionary judgement which undercuts key aspects of the Supreme Court’s reasoning. This may mean that the more deferential standard of review adopted by the Court of Appeal in Discount Brands is now be applicable.

On the other hand, notification continues to exercise a gate keeping function on participation in environmental decision making such that the Supreme Court’s reasoning in relation to  the right to be accorded natural justice affirmed in s 27 of the Bill of Rights remains apposite. Further, it is not clear that Discount Brands necessarily requires an “exacting” standard of information, given the Supreme Court held that information did not need to be all encompassing. And while there is no longer an express requirement to have adequate information before making a notification decision, it does not follow that Parliament intended to remove that foundation. The scheme of the RMA remains concerned with securing appropriate information on which to base decisions, as evinced by the power to seek further information under s 92 prior to making notification decisions.

As observed by the minority in Wendco the standard of information must be what “sound public administration” requires. We consider this remains adequate information to:

1.  understand the nature and scope of the proposed activity as it relates to the district plan;

2.  assess the magnitude of any adverse effect on the environment; and

3.  identify the persons who may be more directly affected.

Is inadequacy of information a stand-alone ground of review?

As to whether adequacy of information constitutes a stand alone ground of review in the notification context, we consider that this is an issue of pleadings rather than one affecting the substance of the Court’s consideration on review.

As the Court of Appeal held in CREEDNZ Inc v Governor-General [1981] 1 NZLR 172: “if relevant considerations are to be taken into account it is obvious that the decision-maker should not be misinformed as to established and material facts, including in that expression incontrovertible expert opinion.”

It follows that a claim that a consent authority had inadequate information to make a lawful notification decision can easily be characterised, in terms of pleadings, as a failure to have regard to mandatory relevancies. Whether a matter is a mandatory relevancy will, in our view, very much depend upon the criteria for adequate information as set out in Discount Brands. Equally, where a consent authority relies on unreliable information it could be said to have had regard to irrelevancies.

As such, while the difference between Tasti and Ennor as to whether inadequate information is of relevance to the approach to crafting pleadings, it appears to have little substantive difference in the exercise performed by the Court on review.

Talk to our experts

Sign up to receive the latest legal industry news and events from Brookfields.